Nino Rota is deeply associated with music for film and perhaps particularly as Fellini’s creative soulmate. His music in Coppola’s The Godfather I and II has placed Nino Rota as one of the most prominent film composers in the history of cinema.

Rota’s music is a genre all on its own. It can perhaps be described as a kind of melancholic circus-like jazz with free excursions through time and space where the familiar meets the unknown. Through it all there is a deep sense of love and tradition for melody.

Rota and Fellini completed each other well in the portrayal of the tragicomical circumstance of the human condition.

La Strada is a quintet dedicated to playing the music of Nino Rota who’s music has forever positioned him as one of the greatest contributors of music for the cinema. 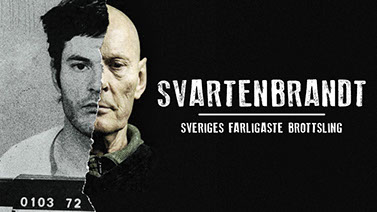 After 40 years in prison, robberies, kidnappings and murders, Sweden's most dangerous man wants to end his life, but before he dies he wants to tell his story.

A 3 part series by Daniel Fridell.